Mention the word “wildflower,” and visions of native plants nattily adorned with bright, cheerful blooms on crisp spring days come to mind for many gardeners, but there are other indigenous pretties that patiently bide their time when it comes to shine. A good example is ironweed (Vernonia sp.).

First, allow me break down the name. Ironweed gets an “iron” rating due to its stiff stems and, quite frankly, because this is a hardy plant that can take on tough growing conditions. As far as the “weed” tag goes; well, any native plant that can hold its own in a cultivated garden could be considered likewise.

Of the many kin in clan Vernonia, New York ironweed (V. noveboracensis) is one of the more commonly found in the Southeast, either wandering in the wild or waiting to be bought in nurseries. With an an open, gangly habit, this ironweed grows upwards to about 6 feet tall and 4 feet wide. It sports thin, lance-shaped leaves, but the real eye-appeal comes with its late summer purple reign of light- to deep-amethyst, star-like flowers that dance in the slightest breeze on the skinny limbs.

Prefer Texas big? Go with the aptly named tall ironweed (V. altissima), in particular, the selection ‘Jonesboro Giant’, which, at heights up to 12 feet tall, looks like New York ironweed on steroids. Prefer dainty? Try narrow-leaf ironweed (V. lettermanii), a green, 2-foot-by-2-foot fuzzball that becomes festooned with purple blooms in the waning summer. Both can be found for sale online, but locally, Plant Delights Nursery (plantdelights.com) and Niche Gardens (nichegardens.com) are worth checking out for these and other ironweeds.

As with typical perennials, fall is a fine time to plant ironweed. Although many ironweeds will be found in moist areas in the wild, once established, they are tolerant of dry soil, especially in typical garden dirt. These natives will also produce a better flower show if planted in a sunny site. The petite narrow-leaf ironweed would work best at the front of a border bed, but its taller cousins do better visually when tucked in the back of a mixed planting area.

Finally, from the Extra Bonus Department: While deer find ironweed unpalatable, its flowers are a big hit with butterflies, bees and hummingbirds. In addition, after the purple blooms fade to tan tuffs, birds such as chickadees, sparrows and goldfinches swoop in for a fall feast of ironweed seeds.

Drought-busting rains are certainly welcomed in summer gardens, but they could be a problem for tomato growers. Extended arid conditions followed by heavy showers can cause parched tomatoes to literally grow out of the skins, creating open cracks that shorten the storage life of the fruits. Prevent this by adding a 3- to 4-inch-deep layer of mulch around the plants to help even out ground moisture availability. And water weekly when the rains don’t come.

The herb patch should be in high-production mode now, but to keep from super-spicing up family meals to use such bounty, store some of the plentiful harvest. One of the easiest ways is to finely chop up herbs, sprinkle them in ice trays, fill with water and freeze for use later. By literally putting them on ice, herbs saved this way become easy, tasty additions to soups, sauces, stews and teas.

Removing weeds from ornamental and veggie beds by way of cultivation this month is not recommended, because such deep digging will hasten soil moisture loss and could damage roots of established plants.

Seeing large “spider webs” in your trees? At this time of year, more than likely, they are what fall webworms call home. An easy, all-natural way to dispatch these foliage-feasting pests is to tear open their protective nests. This allows birds and flying predator insects to swoop in and break up the webworm garden party. 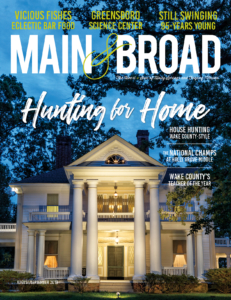 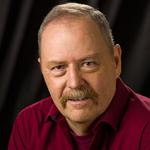