Are you looking to buy a house in Southern Wake County? If so, you need to know exactly what you’re signing up for. Before I start dropping truth like some kind of South Wake whistleblower, we should probably hear from a professional.

I asked Krista Abshure from The Abshure Realty Group (in Fuquay-Varina) to give me ONE reason people would want to move to Southern Wake, and her answer was simple — the sheer amount of lifestyle options.

“We have so much to do! Parks, breweries, hiking, golf, playgrounds and restaurants are all available near homes with a wide range of price points for everyone,” said Abshure.

Yes, she speaks the truth, but hear me out — we’ve also got beer versus coffee wars, an abundance of traffic cones, disgruntled locals, a reputation for stellar memes and much, much more. I’ve lived in this clown town for more than 15 years, so listen up.

Look, there’s no way around it — there’s a dump in Holly Springs and sometimes it smells like the love child of a Bradford pear and one-week old roadkill. Many move to the “older part” of Holly Springs in an effort to avoid the stench, but when the wind really gets a hold of it, the smell of a hot fart on a summer’s day can span for miles. To avoid gagging during a cookout, I recommend moving south of the bright orange storage facility on 55 that seems to act as some sort of tacky, mystical barrier. All jokes aside, the presence of the landfill is required disclosure for realtors if buyers are looking within the “smell zone.”

If you move to Holly Springs, I hope you enjoy turning right. In the event that you need to turn left, I hope your car has a neat little turning radius, because a u-turn is your only option. You might not find as many u-turns in Fuquay, but we’re drowning in a sea of medians down here and it doesn’t even make sense. Yes, the Walgreens is on your left. No, you will not be able to turn in until you’ve gone through the worst traffic light in town and sold your soul to a demon outside of Cookout.

Lots of All Sizes

Like many locations in Wake County (ahem, Cary and Apex), larger, wooded lots are becoming a thing of the past. The good news? Willow Springs and Angier (and certain parts of Fuquay-Varina) are still rocking that country vibe, and you might actually score a yard that’s worthy of a riding lawnmower. If mowing isn’t your thing, then new construction in both Holly Springs and Fuquay-Varina has your back with some sweet .12 acre lots. Just two pushes of the mower and you’re done! Put that toddler to work!

That swanky new neighborhood likely comes at an overbearing, Stepford-esque price — a homeowner’s association, or organization within a planned community that makes and enforces the rules for the properties and its residents. Love them or hate them, HOAs are the norm around here and anyone who purchases a property within an HOA’s jurisdiction will be required to pay dues. (Cash, venmo and first-born children frequently accepted.) Is there a pool to maintain? Is it a golf course community? Are there 16 miles of greenway, a doggie resort, a lot of fussy retirees and a “natural playscape?” If so, you might be looking at more than $50 per month, so don’t say we didn’t warn you.

On the plus side, HOAs will prevent your neighbor from creating a tire mountain in their front yard. Though, you’ll likely receive a cryptic warning in the mail if your trashcan is visible from the road.

Did you know that Wake County is growing by an average of 64 people each day and is projected to reach two million residents by 2054? Subdivisions are popping up faster than traffic cones on 55, and certain areas are now almost completely unrecognizable. Imagine if deer jerky was a road — that’s what Angier Road in Fuquay used to look like. Now it’s nothing but fancy new subdivisions called Geneva, Arlington Meadows, and (my favorite), Hidden Valley Ranch. The good news? We might actually have a shot at getting a Trader Joe’s out here. The bad news? The local Lance Armstrongs of Holly Springs have lost their country back roads and may start biking down 55 out of desperation. Thoughts and prayers.

For a long time, the promise of new schools in Fuquay-Varina felt like a pipe dream. Holly Springs seemed to get the green light for a new school every year while the original FVHS continued to look like a seedy, rundown bowling alley or the back of a Carlie C’s. Despite rumors of students floating down halls of sewage in makeshift canoes, a brand spankin’ new school in Fuquay seemed to be pretty low on the town’s list of priorities.

Thanks to an onslaught of new residents, that’s no longer the case. After the addition of Willow Springs High and South Lakes Elementary, FVHS got the best glamour shot mall-makeover a school could ask for (and FVMS is next)! Construction is now underway for Herbert Akins Middle School (set to open 2022- 23), and there are already plans for a new elementary school off of Hilltop Needmore Road. It’s not over for Holly Springs, either — Woods Creek Elementary is coming soon and already crowdsourcing for mascot ideas. If you want your kid to learn in a new building, Southern Wake is SO hot right now.

Yes, Southern Wake is transforming from country living to a yuppy paradise, but our animals never got the memo. We have a history of pigs chased all over town by the FVPD, random peacocks shooting the breeze in front of Citgo on Sunset Lake, chickens walking around Holly Springs like they own the place, and horses trotting down the street on the way to Aviator. TOTAL FARM CHAOS.

If you’ve noticed a massive cooling tower rising like a phoenix over 12 Oaks Harris Lake, then let me clue you in — that’s Shearon Harris Nuclear Power Plant. Yes, there’s a test siren schedule available online. No, we don’t bother looking at it. Yes, every three months the entire community forgets that it’s Wednesday (test day) and waits to melt in their car while stuck in traffic à la Chernobyl. It is what it is.

Last but not least, Southern Wake has Fuquay-Varina Memes on Facebook, Instagram, and TikTok (and Twitter if you think you’re better than everyone). Don’t be fooled by the name — Fuquay Memes is an equal opportunity meme page and we make fun of everyone. We’ve got T-shirts, memes and zero respect for ourselves (I think this shameless plug speaks for itself). Happy house hunting! 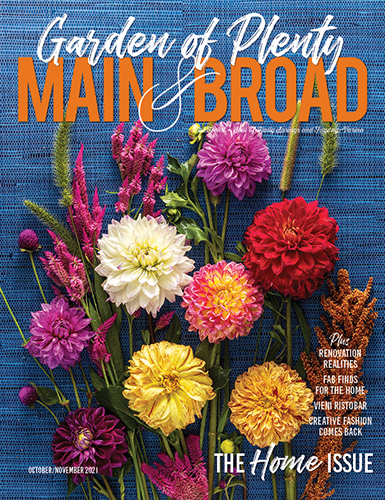 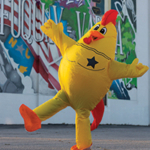